The World Health Organization (WHO) is now going to give a new look to Ayurveda. WHO has decided to give information about the diseases associated with modern life-style like diabetes and hypertension, not only in India, but also in the world through the mobile app. This mobile app can be launched on the upcoming International Yoga Day. The health and wellness centers, which are open all over the country, will also be linked to the app so that people of the AYUSH Ministry reach 12,000 health and wellness centers. In addition to all types of yoga in the app, the information of Indian scientists associated with diabetes can be found on Ayurvedic medicines including BGR-34.

CSIR scientists had prepared this drug after research on 500 drugs of Himachal. Apart from this, people will be able to know about what can be avoided with heart related diseases. Dr. BS Reddy, director of the Morarji Desai Yoga Institute of New Delhi and organizing committee of New Delhi, told that the WHO has tied up with Ayush Ministry for Ayurveda for the first time. The WHO agreement has also been signed from their institute. Through the Mobile App, all the easiest of yoga will be explained in detail. Apart from this, people will also be told about diabetes, heart and hypertension disease and their Ayurvedic remedies.

According to Dr. Reddy, after the initiative of PM Modi, the AYUSH Ministry has got very good results of animated Yoga video. That’s why all Yoga will be delivered to people through animated videos. According to the Ministry of AYUSH, on June 21, 30 thousand people can join Prime Minister Modi in Ranchi. AYUSH Minister Shripad Naik had recently said that all the Health and Wellness Centers are preparing for the deployment of AYUSH doctors. In 2016, pilot project was also run in Bhilwara of Rajasthan, Surendra Nagar of Gujarat and Gaya in Bihar. In these districts patients treated with drugs such as BGR-34 were treated, after which success the government has taken this decision. 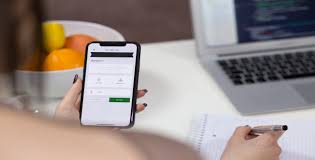 Apart from this, some well-known yoga gurus in the country have developed together a general specified sequence of common yoga postures (Common Yoga Protocol). This is the program of Yoga for 45 minutes, which makes both body and mind healthy for the people of different age groups. Common yoga protocol’s CD and e-book can be downloaded from AYUSH’s website. The Ministry is also distributing them through various Associate Organizations.

According to the Ministry of AYUSH, this time, with the help of Yogolocator App, the public will get information of yoga instructors, yoga centers and free yoga events. At the same time, information about places of Yoga Day programs, participants, organizers and trainers can be obtained through the Bhuvan Mobile app. This time, the Yoga Program will be aired live through video from 20 thousand centers across the country. All Volunteers will also be advised to use the Bhuvan Mobile app. Apart from this, people will be encouraged to use green products.

On the impact of International Yoga Day, the main event in Delhi will be at the Rajpath. The New Delhi Municipal Council will organize this in collaboration with the Ministry of Ayush. In addition to the main event, yoga programs will be organized in Lalkila, Nehru Park, Lodhi Garden, Talakora Garden, Yamuna Sports Complex, Rohini’s Golden Jubilee Park and Dwarka Sector 11.

Challenges Your Healthtech Startup Should Be Ready to Face

Why Reading Treadmill Reviews Will Save You Big Time

What to Expect During a Financial Coaching Session

Important Things to Consider before Hiring a Web Design Agency

Mealworm Facts You Should Know About

Things to Know Before Visiting a KTV Studio in Singapore

Gutscheinedeal.de: The Best Place to Find LichtBlick Vouchers and Deals

Effective Ways to Save Time and Money When Working with an...

ABOUT US
We are the premium provider of the original information from the different sources. You will read the details on different niches in a hassle free manner.
FOLLOW US
Copyright @ 2022 | All Right Reserved